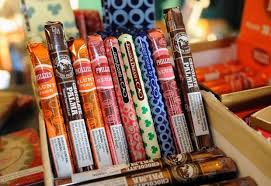 Over the past years there has been a dramatic rise in the number of youths smoking flavored cigars.  These new flavored cigars come in a variety of flavors, including chocolate and vanilla, which appeal to children.  Flavored cigarettes were banned by Congress in September 2009, but no restrictions were ever placed on cigars or chewing tobacco.  Cigarette use by teenagers has been on the decline since the 1990’s, and now flavored cigar use is slowly beginning to take over the marketplace.  Traditionally, expensive hand-rolled cigars were costly and seen only as a luxury for older men. Now, cigars are cheaper and come in variety of enticing flavors.

Cigars have become so cheap that some older cigarette smokers have switched over to using them.  A three pack of cigarillos can cost under a dollar, while most packs of cigarettes are at least five dollars or more.  Unlike cigarettes, cigars are not heavily taxed and under strict restrictions by each state.  Many flavored cigars and cigarillos even look like cigarettes, but the FDA still has not decided how to regulate them.  As cigars have become more popular, cigarette sales have surprisingly declined by a third.

Half of the young people using cigars chose to smoke ones that are flavored.  Smoking cigars is a gateway to future cigarette use, as well as the use of marijuana. Wrappers from cigars are used to roll marijuana blunts.  Some adolescents feel that smoking cigars has become cool, as they see more and more people in the media beginning to due so.  Although selling cigars to minors is illegal, many places don’t properly check identification. If they do, youths will have an adult buy it for them. 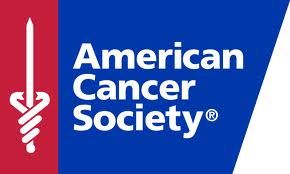 The American Cancer Society released information that states cigars are just as harmful as cigarettes. They contain the same amount of nicotine and are just as likely to cause cancer. Cigars have been linked to cancer of the:

In addition, smoking cigars daily increases the risk of heart disease and developing a aortic aneurysm.  Nation wide, cigars are currently the second most common tobacco choice for adolescents and children.  In some places, such as Florida and Maryland, cigars are used by over 70% of high school students.  Flavored cigars are drawing in more young smokers each day, with serious consequences to their health.  Although flavored cigars may be innocently placed just about the chocolate bars in your local store, it does not mean that they are safe to use.  Teenagers and children should not use any tobacco product.  Adults who smoke cigars should consider the risks and keep their smoking to a minimum.

To find out more about your health and how you can stay fit, CLICK HERE to visit Dr. Abroon’s homepage.