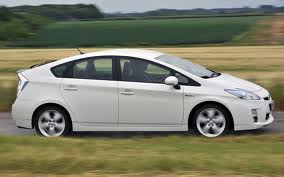 When electric cars started to become more prevalent on the market a few years back, some concerns arose to whether or not it would be safe for someone with an internal pacemaker to drive one.  The Mayo Clinic of Arizona answered this serious question with a study to examine the possible effect of an electric or hybrid car on a pacemaker device. Dr. Luis R. Scott, a cardiologist from the Mayo Clinic, conducted a study using patients with various sorts of implanted heart devices (pacemakers and defibrillators). The test subjects were seated in various positions of a 2012 Toyota Prius Hybrid, the most common electric car in the United States. Dr. Scott also had some people stand outside the car, as a mechanic might, to rule out the possibility that interference could be caused by standing near the car.

At the end of his testing, Dr. Scott concluded that the hybrid car caused no electromagnetic interference with any of the internal cardiac devices of his test subjects.   Dr. Scott believes that if a patient with a pacemaker is exposed to some degree of an electromagnetic field, it will not interfere with the functioning of the pacemaker. However, he can’t be certain that other electric cars won’t have a higher level of energy than the 2012 Toyota Prius used in the study. Further testing will be needed to entirely rule out the possibility that other electric cars may interfere with a pacemaker.