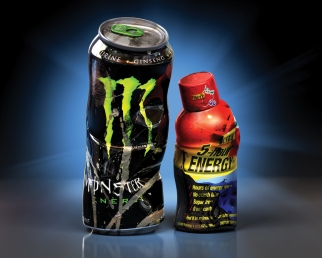 Energy drinks have always had their critics who have pointed out the potential dangers of these substances. Despite this, the restrictions imposed by the FDA to regulate these drinks and shots are more lenient than what most drugs have to pass through.  What is important to remember, almost all the “energy boosting” products on the market today contain caffeine as one the main ingredients.  Caffeine itself should be considered a drug, as it can have powerful effect on the human.  According to the FDA, high doses of caffeine can cause:

In very high doses, caffeine has the potential to cause seizures and unstable heart rhythms.  The latter is what most likely caused a fourteen-year-old last month to have a heart attack, after drinking two 24 oz. cans of Monster energy drink in a 24-hour period.  Although the girl probably had a pre-existing heart condition, the large dose of caffeine she consumed exasperated the problem.  Although many of us may be used to consuming coffee and other sources of caffeine often throughout the day, there are limits to the amount of daily caffeine that we should consume.  Adults should not intake more than 400mg of caffeine each day.  Pregnant women should only have half of that amount each day. For adolescents and children, the daily limits are even lower. Recently, 5- Hour Energy has been in the news after the FDA reported that the energy shot was linked to 13 deaths and 33 hospitalizations.  Living Essentials LLC, the company that makes 5-Hour Energy, received 92 reports of people becoming ill after using their product.  Since 5-Hour Energy is listed as a nutritional supplement, the company must submit all reports to the FDA.  In a statement to the public, Living Essentials LLC announced that their product was only for “hard working adults who needed an extra boost of energy.” The FDA warned the public to take caution when using energy products.  They warned:

5-Hour Energy reports on the label of the shot that: “each shot has about as much caffeine as a cup of premium coffee.” Consumer Reports found that there is 207mg of caffeine in a single shot of 5-Hour Energy, while The Center for Science in the Public Interest came back with a higher number of 215 mg.  A twelve-ounce cup of coffee has about 230 mg of caffeine and Monster Energy has 10mg of caffeine per ounce. Also contained in 5-Hour Energy is the amino acids Taurine, L-tyrosine and L-phenylalanine.  The first amino acid in the list has been found, when used with caffeine to booster athletic performance, as well as improving concentration and memory.  The other two amino acids are most commonly known as being alternative aids for depression but have never been studied mixed with sugar or caffeine.  Taking large doses of caffeine not only will have a harmful effect on the body, but can cause negative psychological effects too. 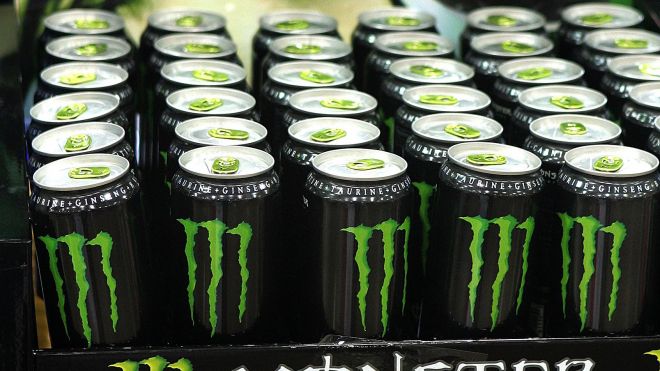 Monster Energy, in particular, advertises the use of their drink as the cool or hip thing to do. In ads, they feature a young adolescent skateboarder and young Monster girls consuming their energy drink.  Although the company in statements supports the use of their product by adolescents and adults, there may be risks that the company is overlooking. For those with heart defects or other underlining conditions, energy products can be very harmful and should be avoided. In general, we all should keep our caffeine consumption within check to remain health both physically and psychologically. To find out more how you can improve your health and stay fit, visit Dr. Abroon’s website by clicking HERE.