You might already know what a profound impact daily exercise can have on a person’s mood, but have you ever considered that exercise could make you smarter as well? Lately more and more research is indicating that this in fact is true, and exercise can play a significant role in improving your memory.  Luckily, it doesn’t take a very strenuous exercise routine to get the blood pumping to your brain to stimulate the process of neurogenesis or neuron re-generation.  Neuron regeneration takes place in the part of the brain called the hippocampus, which is part of the limbic system. 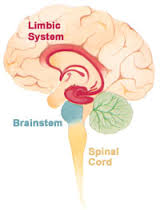 The limbic system plays an important role in the consolidation of short-term memories into long-term memories that will stick around.  In other words, exercising after or even while you learn new information will help you to better retain your knowledge in the long term. During light exercise, the brain releases important proteins known as neurotrophic factors.  One specific neurotrophic factor called the brain-derived-neurotrophic factor (BDNF) has been proven to have a direct benefit on our body’s health and cognitive functions.

Additionally, exercise has also been found to be helpful for children, adolescents and adults who suffer from ADHD.  Exercise offers a alternative to psycho-stimulants, such as Adderall, that may have lasting impacts on the brain. Those who suffer from ADHD saw a reduction in symptomatic behavior once they began exercising regularly.

It’s important to remember that in order to get the greatest cognitive benefits from a work out, your exercise should not be overly intensive.  In research studies, those who lightly pedaled on a stationary bike received the best results.  So keep your exercise routine at a niece pace, and maybe even try to learn something knew while you are at it.