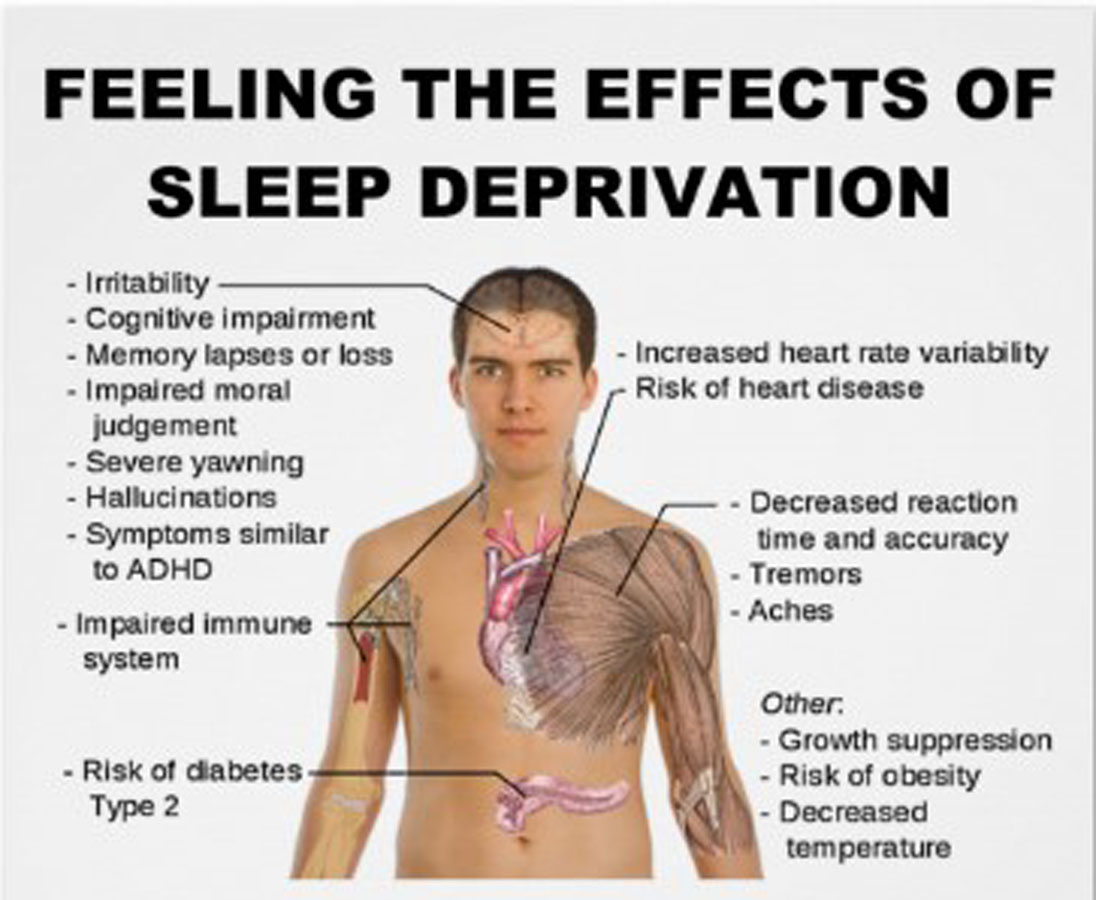 If you have trouble sleeping you are not alone.  Poor sleep is a common problem with 25 percent of U.S. adults reporting insufficient sleep or rest at least 15 out of every 30 days.  Unfortunately this lack of rest is critical to health and overall well being, in which one may find themselves suffering from a variety of sleep deprived issues.

Are you tired of being sick all the time?  Your lack of sleep may be to blame.  A good night’s rest is important to maintain a healthy immune system and to fight off infections. Sleep disorders may leave one at risk for the following illnesses:

Sleep health is a particular concern for individuals with chronic disabilities and disorders such as arthritis, kidney disease, pain, human immunodeficiency virus (HIV), epilepsy, Parkinson’s disease, and depression. Among older adults, the cognitive and medical consequences of untreated sleep disorders decrease health-related quality of life, contribute to functional limitations and loss of independence, and are associated with an increased risk of death from any cause.

Getting a full night’s sleep is especially important for developing children.  One study found that children who had never had regular bedtimes tended to fare worse than their peers in terms of test scores for reading, maths and spatial awareness.  This slower brain processing is also a symptom of sleep deprivation in adults, which is critical for work and daily functioning.

Some people believe that they can function normally on little sleep, but in the long run it may be catching up with them. “Studies show that over time, people who are getting six hours of sleep, instead of seven or eight, begin to feel that they’ve adapted to that sleep deprivation — they’ve gotten used to it,” Gehrman says. “But if you look at how they actually do on tests of mental alertness and performance, they continue to go downhill. So there’s a point in sleep deprivation when we lose touch with how impaired we are.”