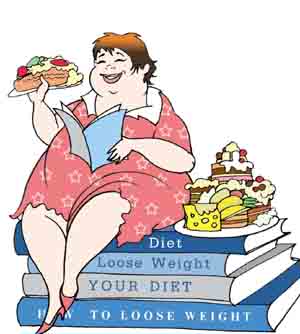 For years now, our country’s health professionals have been battling the obesity epidemic in both adults and children.  However, it wasn’t until a few years ago that doctors first made the correlation between childhood stress and adult obesity.  For many people who battle with their weight daily, their problems run much deeper than their inability to eat healthy foods or exercise regularly. A person might down soft drinks and fatty foods throughout the day, but the foods they are eating are only the surface of a deeper unresolved problem.

Research has shown that between 30 to 40 percent of obese adults suffer from some trace of alcoholism in their families.  While some feel this suggests that to these people food is acting like an addictive substance, this data also suggests that many of these adults who are now obese may have been in traumatizing environments as children.  Having an alcoholic in the family can often put stress on a child and cause them to develop permanent psychological scars.

In addition to those with alcoholics in their families, over weight adults also described other sorts of trauma as children.  Some had parent’s who went through a rough divorce, were abused or neglected and even raped. An adult who was sexually assaulted or molested as a child might act upon the suppressed emotions from the incident by overeating.  When our body becomes stressed, by either conscious or unconscious triggers, it releases a hormone called coricosterone. This hormone causes people want to consume “comfort” foods, to satisfy what they are feeling. For people who eat food in response to stress, food acts as a solution and is a comfort.

If someone has struggled with overeating and weight gain throughout their adulthood and is having trouble getting their eating back under control, it may be beneficial for them to examine the root cause behind their eating habits.  Cognitive-behavior therapy can help people deal with childhood trauma and stress, and offers an alternative to acting on their feelings and emotions by overeating.  Sometimes, you have to go to the root of your problem to really start to heal and get better. It is a common misconception that those who are overweight are that way by choice.  People who overeat are struggling within themselves and are not overeating simply because they are lazy or like to be fat.  By better understanding why some of adults chose food as a coping mechanism, we can tackle obesity in our country with fresh eyes and be more effective overall.